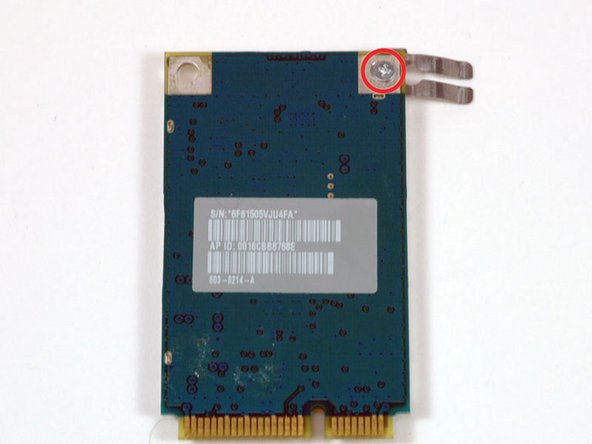 Use this guide to replace a broken AirPort Extreme card.

This was SO helpful. Sad to say that for me it does not last. I have had to do this 3 times because within 8+ years since I bought the 1261 new, the cards fail by turning off. The times between card shut off get shorter and shorter until I have to do it again. Maybe the cards though new are not that good (though cheap) or maybe its something else. I continue to want to keep it running because with the latest OS it works so well. Now with 1TB SSD and the screen it came with, why get a new one when screens are smaller? So happy with this website!

Is there any way I can use this card in my desktop? What kind of adapter would I need?