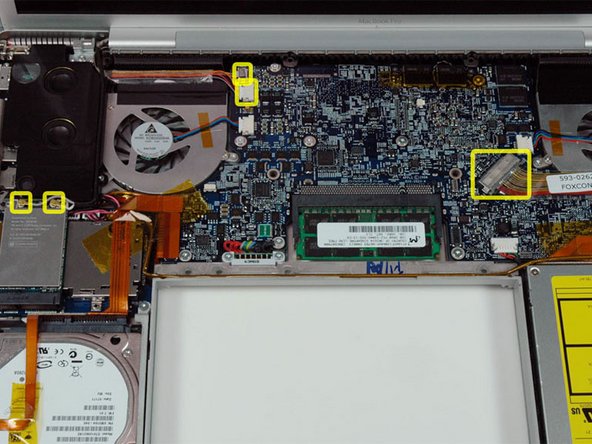 Change out the entire display assembly, including the inverter, Airport antennas, hinges and casing.

Does any one know what the pinout is on the display connector. I am assuming that the first 4 fairly spaced out pins are power. We got a working display form a broken A1229 and are planning to use the display for our experimental purposes. Before doing that we need to know if the display is any good.

This is my first action with a used Apple laptop A1229. I’m a Vet, Army ‘72-’75 & worked/volunteered about 30 years helping ther Vets and families along with employers match up. My “frustration” as a newbie, is which way to move the pins, up, out, lift, don’t, etc. Would be nice to have close up pics of the ends and see some arrows or descriptors telling me what to do w/o damage. I bumped a short wire that rested w/sensor of some kind on top of MB and detached it, oh well. Trying to get screen to my wife’s laptop, then remove this logic board & hope it works and install into my used A1229 17” Mac Pro. Hoping to save up and purchase a used quad core 17” but time will tell. Thanks to all of you who are putting ut info, helps folks like me.

I hate the screen replacement.