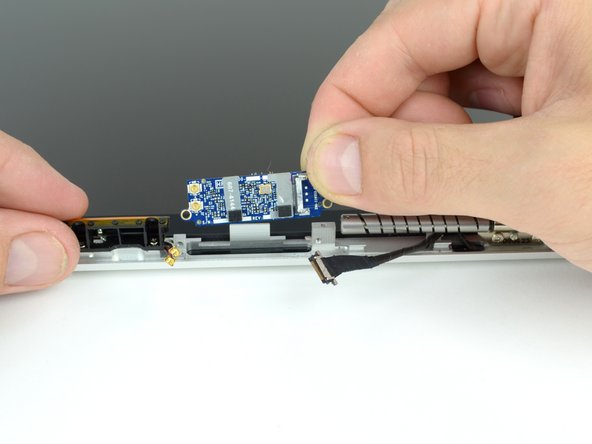 my macbook pro 17 early 2011 does not recognize wifi card.

i have changed wifi card and says the same. because i have a macbook pro 13 late 2011, i have test the wifi board on both mac, and only works on mbp 13. but i have changed the cable from wifi card to the main board card from the mbp13 to mbp 17, and then works.

so, i can see that what does not work from the mbp17 is the cable, not the wifi card.

is it possible to replace it?