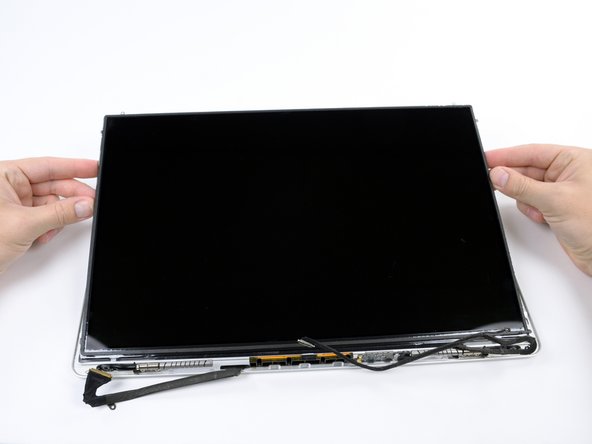 A cracked LCD is no fun at all. Colors go wonky, things don't look right, it's an overall bad experience. Mysterious white lines and faded displays can often be fixed by replacing the LCD. Use this guide to help you out.

As much a question as a comment. I have the antiglare version of this MBP which has a 10mm aluminium surround on the screen (it isn't listed on the MBP page) so this guide only applies, as far as I can tell, up to step 16.

As I'm not sure how things progress from there on, I think I'll not venture so far.

There is a guide for the 15" MacBook Pro that illustrates replacing the matte screen. In fact, you can pretty much follow that guide all the way through for the 17" as well. There are a few differences but not enough to trip you up.

Replacing the screen, the only trouble I encountered was with the front bezel. Be EXTRA careful when removing the bezel so that you don't warp/bend/crease it in any manner. Use generous amounts of heat and take the extra time. If the bezel does become out of shape, it will be difficult to glue it back on to the lid.

I have a Question.. My cover can't stay in place any more, is there some kind of glue to fix it..?|thanks

Does anyone have any idea where to source a replacement gasket?

Where can I get a version of this LCD Replacement that matches my laptop? What other info is needed to determine?