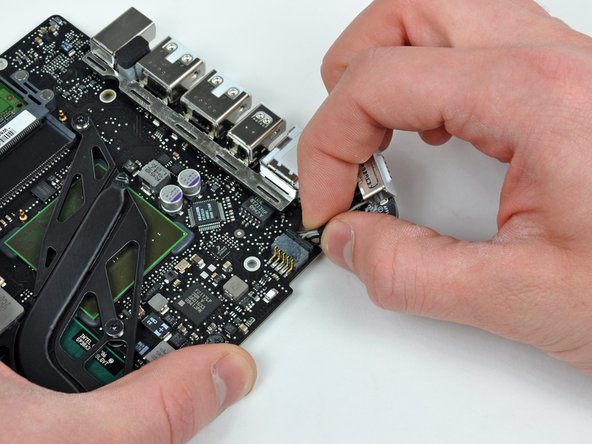 No power to the laptop? Replace the MagSafe Board.

I did it Success! Thank you very much!!!!

I had some problems after I reassemble all the parts, first the Macbook wasn't turn on, but I wait few seconds and it's turn on again. Second the key A on the keyboard not worked but I take off the ribbon cable of keyboard and put it on again and the keyboard worked normally.

This is my comment I hope that help someone.

Another excellent guide. Can be tedious. Good, bright lighting a must, and patience.

The computer fell on the MagSafe cable, wich pressed in the MagSafe board (socket) into the body so the cable and the socket couldn't reach contact. From this guide I only did steps 1 to 6 and 17 to 19(only the two screws for the MagSafe board). Then I could move the MagCharger board out enough so it could make contact with the charger cable. Then I tightened the two screws again. Allthou I was as carefull I could with the display data cable (step 17 -18) and looked on youtube allso, it did break a bit at the surrounding solder joint. But it's working. I didn't have to replace the MagCharger board, just move it back into position.

Hi I have a problem with the fan connector. I accidentally break the plastic fan socket off the logic board.. I am worried as the way am looking at it its difficult to solder it back as it too tiny.. What should I do?