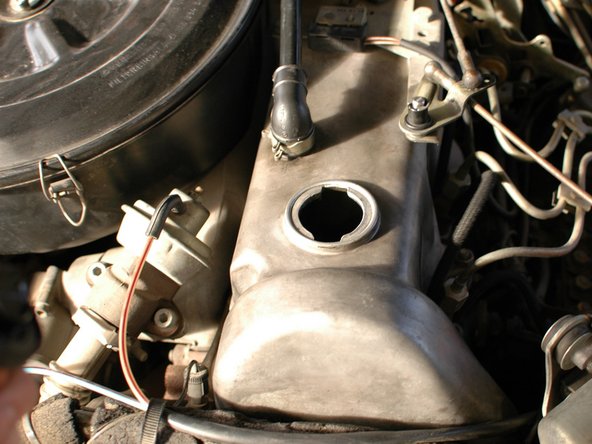 Over many decades of service a W123 diesel engine is put through a lot. Over time the piston rings and cylinder walls will not seal against each other quite as well. It's inevitable. However, how much compression blow-by you get in to your engine's crank case depends a lot on how well the engine was maintained over it lifetime.

One quick and simple test for this is to check the engine for blow by while it's running by following the steps in this guide.

If you find that the engine has substantial blow by, don't necessarily fret over it! You'll want to follow up with a full compression test as that's the only scientific way to confirm the health of your engine. This is just a starting point.

interesting, my 81 300td has near 300k miles and likes to blow oil around the cap if i unscrew it, anyone have suggestions on that?

Hi Conner. Good question. This "tends" to mean that the crankcase is seeing excess pressure which "tends" to indicate that pressure is finding its way out past the cylinders beyond the normal amount in these diesels. However, it does not necessarily indicate a problem per se.

So take it for what it is, a potential symptom, and go to the next step which is to perform a compression test on your engine. A compression test is the only way to truly know if an excessive amount of pressure is being lost during the compression stroke. There are two things you want to test for in this - one, that no individual cylinder is below the minimum compression specification listed in the factory service manual and two, that no two cylinders are too far apart in terms of compression again based on the specs listed in the FSM. I don't have these numbers handy but they should be easy enough to find with come searching.

Hi is there a difference between lateral movement and vertical movement. My cap gets a nice rock back and forth but nothing up and down. No smoke visible at all!