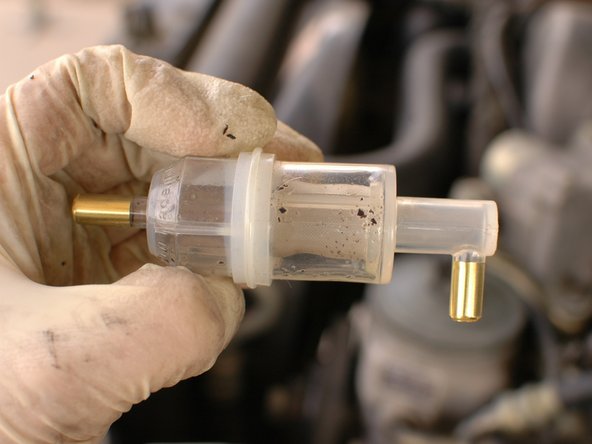 Diesel fuel is often a bit dirtier than gasoline. Especially at less traveled fuel stations, there's a good chance of picking up particulate matter. For this reason, the diesel W123's are equipped with a primary fuel filter with a screen inside to remove all but the smallest particles before the fuel is drawn in to the lift pump. This protects the lift pump from damage and also prevents the larger secondary filter from clogging on large particles.

Be sure to replace this if it looks dirty inside. They are clear for easy inspection. If the filter clogs, it will stop fuel flow to your engine and can leave you stranded. This is one easy item to keep a spare of in your trunk or glove box.

When finished, run the engine to ensure it's been primed properly.

When finished, run the engine to ensure it's been primed properly.