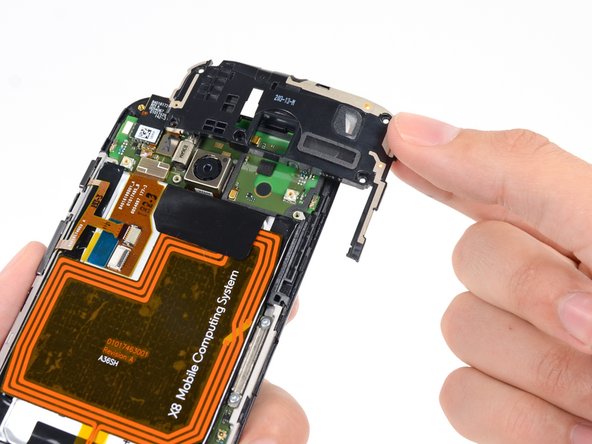 Use this guide to replace you Motorola Moto X's upper midframe assembly containing: the headphone jack, the speaker and upper antennae.

Is this the signal antenna?

I have one that says Searching for service and no matter what it won’t detect any network.

Not sure if this or the lower antenna are responsible for cellular signal.