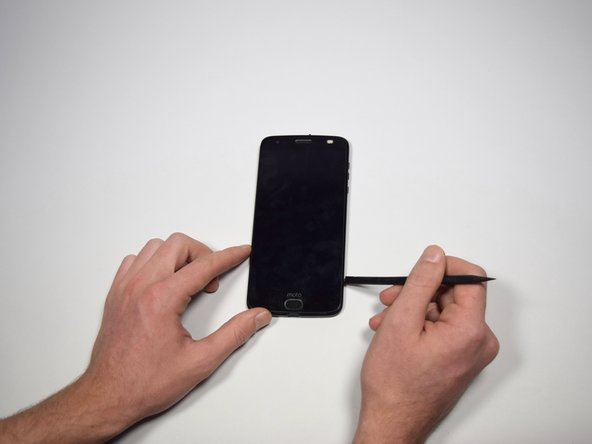 What about installing the new screen?

lol exactly what i was thinking, john!!

like what the !&&*….guide us thru removing the entire screen and then just leave us with our d in our hand lol

Just do the same thing backwards.

You can but they have a big difference the LCD pixelation. The Z2 Force has 2,560x1,440 pixel resolution while the play has a 1,920x1,080 resolution. So even thought it can be done it is not recommended.

Where can I buy Z2 force screen?

I replaced the screen and now the touch is not working. Is there anything I need to know? I tried putting kapton tape around the digi IC Chip and that didn’t work.

Where is the best place to buy a Motorola Z2 Force LCD+Digitizer screen?

Will this void my warranty or make my insurance deductible higher? My screen is flickering- and I am imagining that perhaps the ribbons need to be unplugged/dusted etc. Do you guys think its worth trying? My thinking is… right now I have to pay $120 for the deductable so why not try to fix it. My fear is- they will auto charge my account for the entire phone.