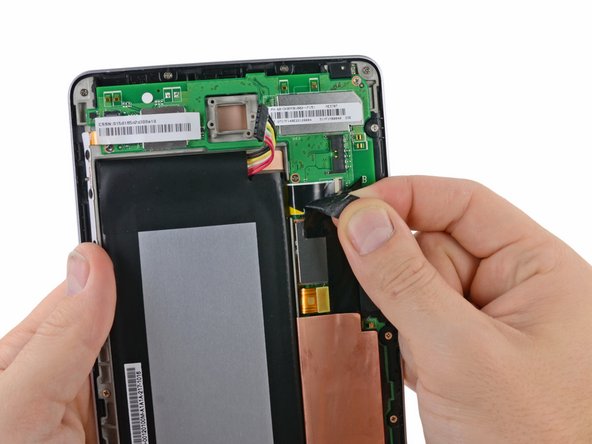 A broken display is something that every tablet owner has nightmares over. Use this guide to replace a damaged, faulty, or broken display assembly (includes the LCD and digitizer).

great but where can i get nexus 7 digitizer, in stock reasonable price in uk please?

eBay is a good source. I paid £14 for mine and it came with tools.

I don't feel that this guide is complete, how do you separate the display from the frame?

That's because this guide is for the "Display Assembly". I just tried to remove the LCD itself, extremely difficult. I didn't succeed. Now looking for a whole assembly

I've managed to do it using a heat gun. Be careful not to apply to much heat as I warped the frame slightly in one place. Use a prying tool from the top rather than trying to push from the back as the glue is quite tough and peeling it away is easier. You need to reapply heat as you work, it then comes out quite easily. I repurposed the glue strips from the old screen, however taking out bits of glass was a bit tough. The new display fits neatly after that.