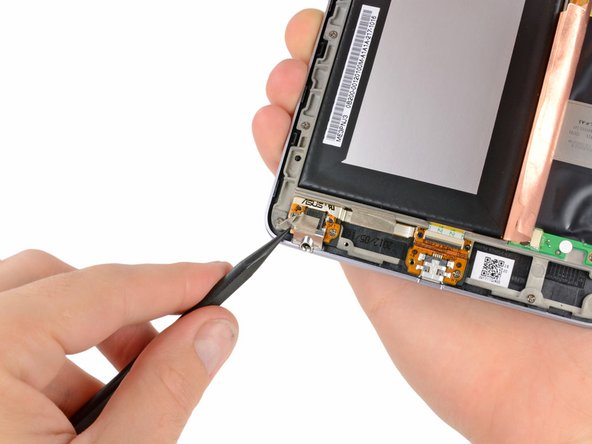 Use this guide to replace the I/O Assembly cable (includes the headphone jack and micro-USB port).

This fix isn't too much of a pain if you can find the parts! The tape on the lower-left hand side was, oddly, a bit of a pain for me. Make sure you try to remove it from the left, and not from the right!

Where to find this cable ? It seems to be out of stock everywhere :/

Got the cable and some recommended tools on Ebay for $30. Just did this on my old N7 and it works perfect now. Head up tho, the recommended tools didn't come with a small enough head for the two 2.3 mm black Phillips screws. Luckily i did have a super small one. Don't strip those or you SOL. Also the cable doesn't come with the headphone jack cover. it is held on with just tape so take that from the original cable.