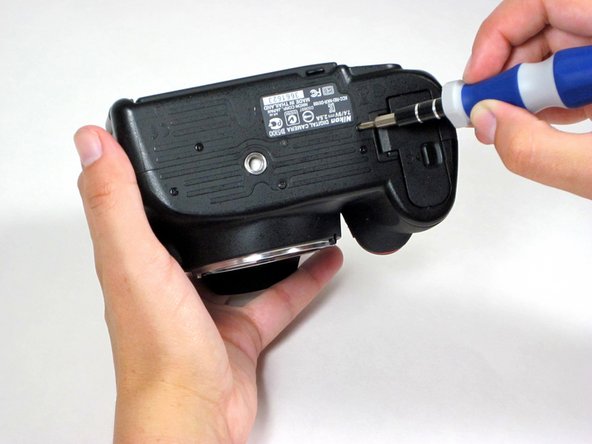 The rear panel protects the motherboard and other components inside the camera and houses controls like buttons and dials. This guide will teach you how to remove and replace the rear panel.

Any ideas of why the screen looks yellowish with a green stripe? :(