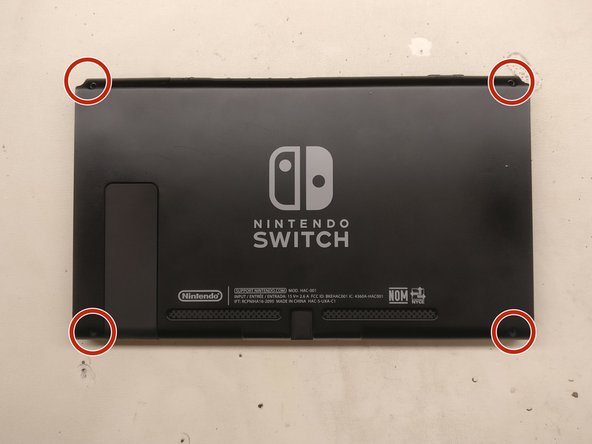 Nintendo claims that the battery replacement shouldn't be performed by the user, but it's actually a fairly simple repair.

There is no need to remove all the screws on the joy con bracket.Only the 3rd one down from the top is securing the rear clamshell on both sides.

To get the 4 screws out of the back cover, I had to use a Y0 tri-point screwdriver instead of a Y1.

This one is blocked and i ended destroying the screw.

I need the black piece that snaps the white battery plug onto the motherboard as I accidentally damaged it while trying to remove the adhesive. What is it called and where can I get it? Now the black piece has 4 contacts instead 5 so one of the Ground wires isn’t connected. The Switch still powers up but I’m worried that it could cause issues later or charging issues.