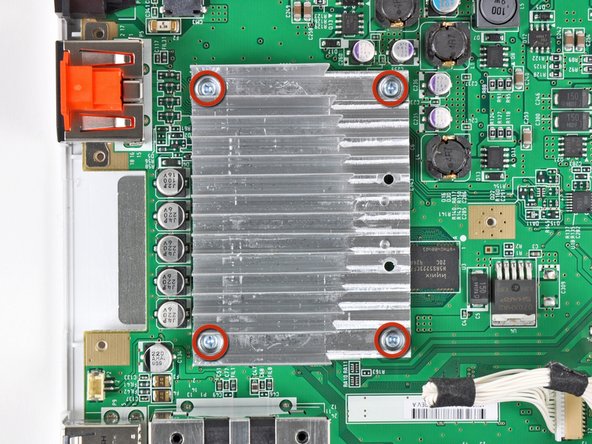 Use this guide to remove the heat sink from your Wii's motherboard.

This guide also works great as a thermal paste replacement guide for the Wii, just remove the old thermal pads and clean off the heatsink, CPU, GPU, and WiFi board, and apply Thermal Grease to the CPU, GPU, And WiFi board.

Worked great! Was able to reapply thermal paste on my wii. It’s working great so far!

Can we use Thermal Paste instead of Thermal Pads?

Yes, thermal paste can be used. I strongly recommend Thermal Grizzly Kryonaut, as it’s the second-best-performing non-metallic thermal paste on the market (the only better performer is Kryonaut Extreme).