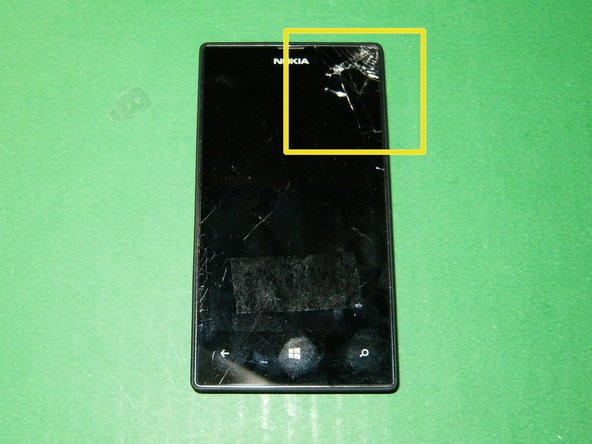 Here is a Nokia Lumia 520 with a broken front glass. It is possible to purchase just the glass, but I opted against this. Nokia refers to the front assembly (Glass and Digitizer) as the Touch Window, it is around $10 and it is easy to replace. I previously tried unsuccessfully to separate the digitizer from the glass.

This guide is also applicable to the Nokia 521. The Nokia 521 has a 4th M1.5x3 screw in the lower left corner of the battery compartment, as shown in Step 3.

I used a t5 screwdriver and it worked perfectly :D

tnx for the guide!!

Probably one of the easiest repairs i have ever done, tip pay, an extra few pounds and get the digitizer with the frame.

Hi Adrian, where did you buy the Touch Windows? I asked Nokia but they do not sell it..

The last and hardest step is missing---separating the digitizer from the surround. They are glued together and you basically have to destroy the glass to get it off. (See the teardown for details.) Other than that, a great guide, thanks.

Well... you're trying to replace the glass in the first place, so it's technically already destroyed.

Also, I broke my Lumia 520 screen and I'm waiting for the replacement screen to arrive. If you use your thumbnail or something very thin but strong, you can separate the glass from the frame without causing more damage to the glass by running it underneath the edges of the glass, all the way around.

Granted, it took a couple of goes to separate them because of the glue, but it did come off without breaking either the frame or the glass.