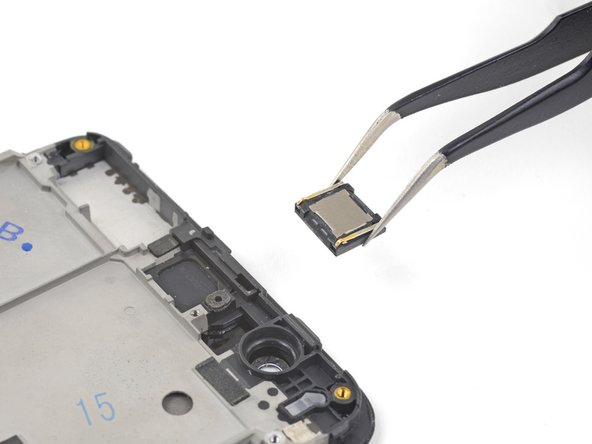 Follow this guide to remove and replace a defective earpiece speaker for the OnePlus 5. This requires removing the motherboard. The hardest part of the guide is getting the frame clips free.