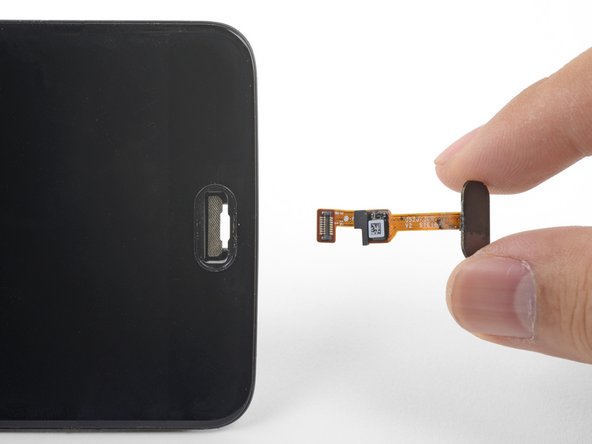 Follow this guide to remove and replace a defective fingerprint scanner/home button for the OnePlus 5. The fingerprint scanner is layered underneath the loudspeaker module and the daughterboard. The hardest part of the guide is getting the frame clips of the back cover free to access the internals of the phone.

Some guide images will show the battery already removed from the phone. You do not need to remove the battery for this procedure.

Is there an extra step involved so that the button stays countersunk in the new display? Mine seems to be slightly proud of the screen

If you may need to apply some new adhesive to the underside of the fingerprint sensor to hold it in place.

It may be that something is shorting the fingerprint sensor. Did you replace the tape in step 24 with electrical tape?

Great news, finally I found the problem, the connector from daughter board to motherboard was disconnected but a lot of pins maked contact and the micro, and other electronics works but not the fingerprint sensor. I dissasembled the motherboard and pushed the connector from the flex cable to the socket, now all is working ok. Thanks for the response Arthur!