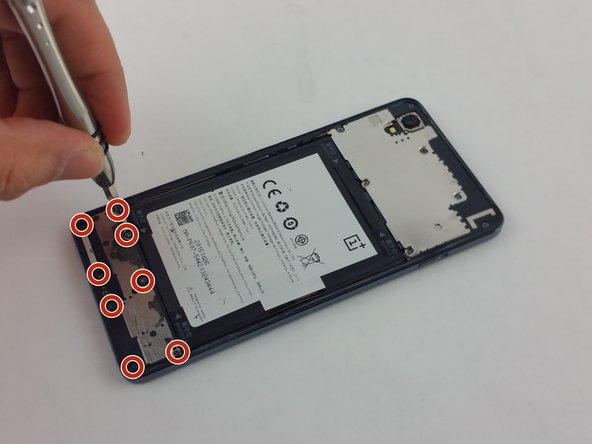 The guide will show you how to replace the micro USB charging port located on the bottom edge of the phone.

So how do you replace the part with a new one? Says in the top description "no parts required"

I had to reuse the vibration motor de- and solder it back on, because it is not included in the spare part.

Watch for the silence switch when you reasamble the phone. I had to unscrew the upper bord again because i didn't payed atention to it and it was locked. Also the mic is covered on the replacement part. Don't forget to remove the yellow "flag" there.

I replaced USB flex port, now working, but now phone dont recognize SIM card..what i must check? Thanks for any help

In the upper right Corner is one more Screw

where the Logic-board is screwed directly.

That was not mentioned!

Also, you should pay attention that you do not pry where the PCP goes around the Camera.

I break off the Corner, fortunately it's only connected to the Status-LED.