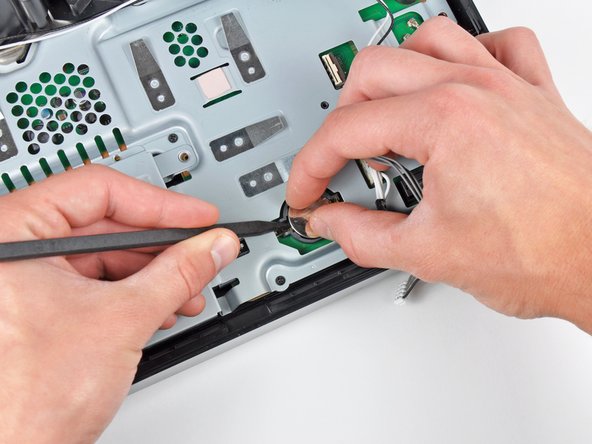 Use this guide to replace your PlayStation 3 Slim's CR 2032 coin-cell PRAM battery.

ATTENTION: This guide is not valid for PS3 slim CECH-3004B!

from the number 11 you notice that your ps3 is different.

The CECH-3004B version does not give direct access to the 2032 battery.

It is possible but it is more difficult

I found this to be the case too. Did you end up replacing the battery? If so, how did you do it?

It is kind of hard to tell by the photo alone: The plus (flat) side of the battery must face up when you insert it.

Hello, I need help haha ​​I wanted to remove the battery and effectively broke the plastic and released the solder that goes from the battery to the motherboard, can I solder it again?

What if you have the Super Slim Version of the Ps3, can i still do that on there?

Watch out if you have a later revision of the slim ( 3000 series, the ones that don’t have a light above the disc eject button). The Blu-Ray drive ribbon cable in step 13 is located underneath the drive on this revision, which can be tricky to remove and re-insert. You also have to disassemble the console down to the bare motherboard to get at the PRAM battery, which means removing the cooler and having to re-paste the CPU and GPU when putting it back together (which you probably should do anyway while you have it open.