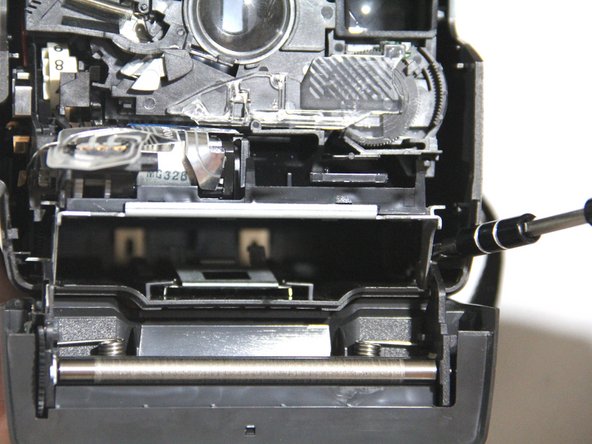 The rear viewfinder is the first of two lenses through which one's eye views a scene; a part of the close up lens (from which the camera derives its name) slides in place over the two viewfinders to help the photographer position a bust or other object for close up shots.

Accessing this part requires a deep disassembly of the camera, and could lead to extensive minor damage, so be very careful during both disassembly and reassembly.