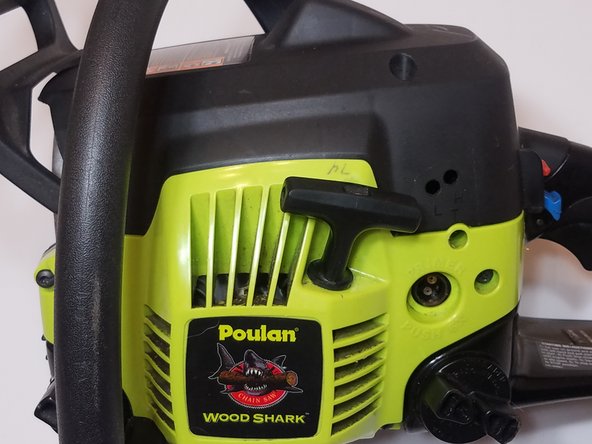 Almost all gas now contains up to 10% ethanol. Ethanol is one of the leading causes of damage to small gas engines. The alcohol can cause corrosion on rubber and plastic parts and can make gas powered yard tools almost impossible to start. I will illustrate how to replace the parts that are most common to fail,the primer bulb and fuel lines. While disassembled I will also illustrate how to replace the fuel filter and air filter of the Poulan P3314 2-Cycle Chainsaw.

Yes I would try manuals.lib at the Google play store.

Daniel. Here you go. Hope this works out for you.