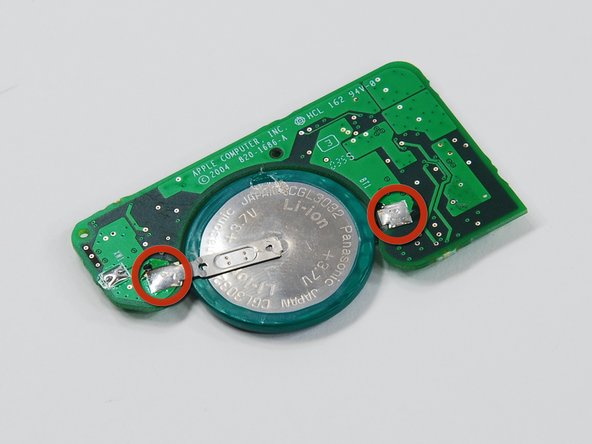 PRAM batteries on the G4 PowerBooks are an aging part causing errors with the date and time among other things. You can replace the battery with just a few simple steps.

Where is the PRAM battery located on this model, on the logicboard?

Do not put your soldering on the battery, it will explode if you do.

I can’t seem to find these batteries anywhere. Can someone post a source? Thanks!

I posted details, and a source for the battery, over on the Powerbook G4 15” PRAM battery replacement page: PowerBook G4 Aluminum 15" 1-1.5 GHz PRAM Battery Replacement

It should be the same thing here.

Be careful! Not all Powerbooks have this one battery. My 17” Powerbook G4 Aluminium has two CGL 2430. The board looks much different to the one in the above photos. The batteries are smaller (smaller diameter), and the module is longer and narrower. I just opened my Powerbook G4 to replace the battery, just to realise that I bought the wrong battery!!