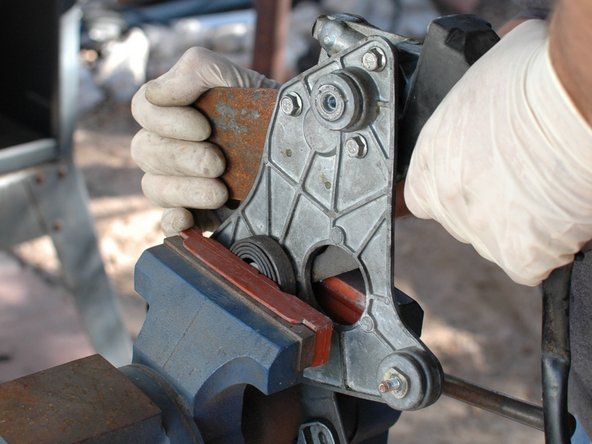 The power window regulators on W123 cars are prone to bending due to the soft metal they were made with. When they bend they can cause any number of symptoms; noisy and clunky movement of the windows, slow moving windows, or the windows may not function at all. This bending is caused by decades of use, and happens more quickly in cases where the regulator has been neglected and never re-greased in its lifetime.

If the regulator is pulled from the car before too much damage is done it can often be repaired by bending the regulator back as close as possible to its original shape. If left to malfunction for too long, and if used often in a malfunctioning state, the teeth on the gears of the regulator can wear prematurely or even break off entirely at which time the regulator will need to be replaced. Additionally, in such an over-stressed condition, the regulator motor can burn out and require replacement. Avoid such situations by repairing your regulator sooner rather than later; this guide can help.

Once you've fixed your regulator it can be re-installed in the door.

Once you've fixed your regulator it can be re-installed in the door.

what do you think of replacing the junk pot metal with steel , reproducing the “flat mounted” new regulator from the factory? Looks doable.

The rear window is stuck in the “up” position. I hear the motor trying to click on - but no movement. How do I remove the regulator and motor when the window is up? thx