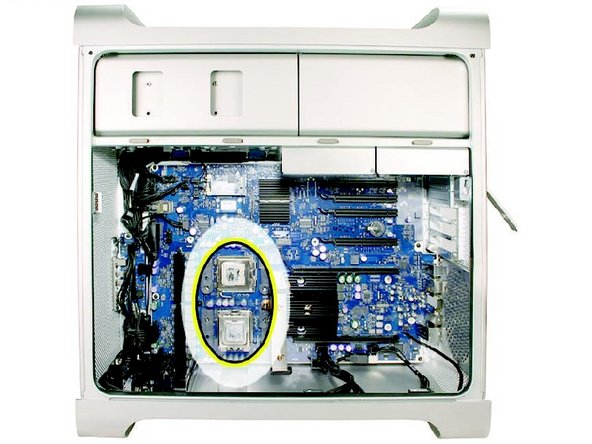 Welcome, you will learn that replacing or installing a new processor/s is by far the more difficult procedure to complete. Once complete you will have a faster computer and a stronger understanding of your Mac Pro.

Anyone know the specifications on the captive mounting screws for the heatsink? I'm doing an out-of-case build for a 2007 Mac Pro and need to know so that I can get the appropriate threading on my mounting board.

Hey, buddy, how you doing?

After the device is turned on for a few seconds, it is stopped

I just bought a 2008 3,1 MacPro with 1cpu and I was wondering if it is possible that I can add a 2nd cpu… Do I have to order another Heatsink or anything else?

You will need a matching processor, a heat sink, (be careful to get the muliti copper pipes for a 3,1, not eh 1,1 or 2,1 although the older ones will work, it wont be matching), and some thermal paste.

If you are getting the 3.2 2 processor upgrade, then you will need 2 new 3.2 specific heat sinks. See the guide above for those.