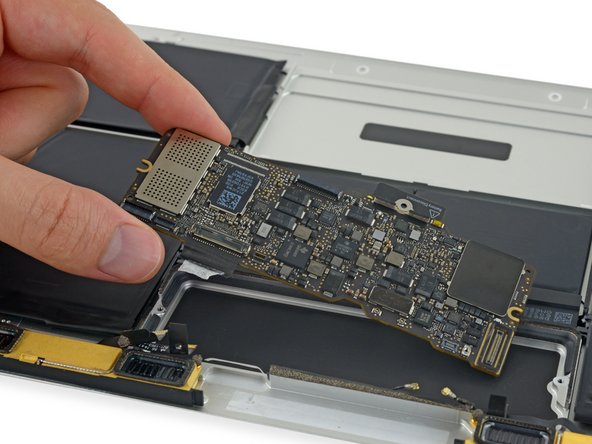 Use this guide to replace the logic board in your Retina MacBook 2016.

Following this guide for repair will likely kill your MacBook… just saying.

Well, hence my MacBook Pro is dead, and a repair would cost about 800€, I think I’ll try. If it fails, I just buy a used one for about the same money.

The easiest error to make when working on this motherboard if applying full voltage after re-assembly. According to the big A, the motherboard on these Macbooks need to be “woken up” with a 5 watt (phone size) charger. Applying the normal 29 watts may render your system unusable.

While it’s true that the internal documentation specifies this for a 2015, after frying 2 motherboards with a normal charger, I spoke with the engineers and they told me that this also applies to 2016 and 2017 macbook main logic boards. I say- It can’t hurt to try to wake them up with a 5 watt charger first! Please take 5 minutes to save your motherboard.