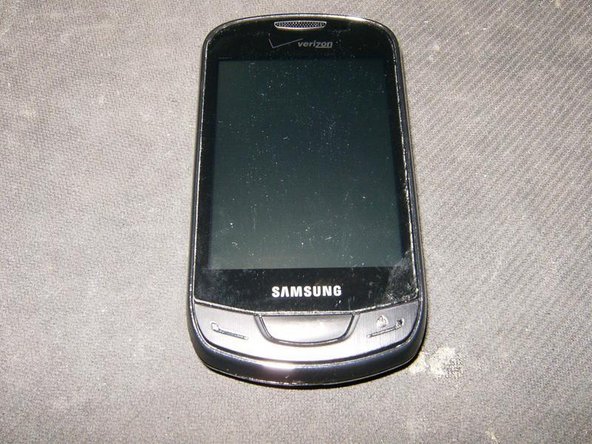 I noticed that there was not to much information about working on this phone. I received one in a non-working condition and figured it would be a good chance for some guides. The phone is easy to work on and no hidden screws or clips, no excessive glue. A straight forward no nonsense phone.

Thanks for the guide, it helped me replace my daughters screen.

Works great. It is worth mentioning that there is a slight difference in the disassembly between the black and blue models, as it is easier to leave the flex cable in place with the later. However, the the remainder of the information is directly transferable. Thanks for your contribution!

I think my problem might be with a flex cable flaw, so I'm replacing it. In step 6, what should I use for the "rubber cement" or possibly double-sided tape? The flex cable I purchased didn't include any adhesive. Thanks.