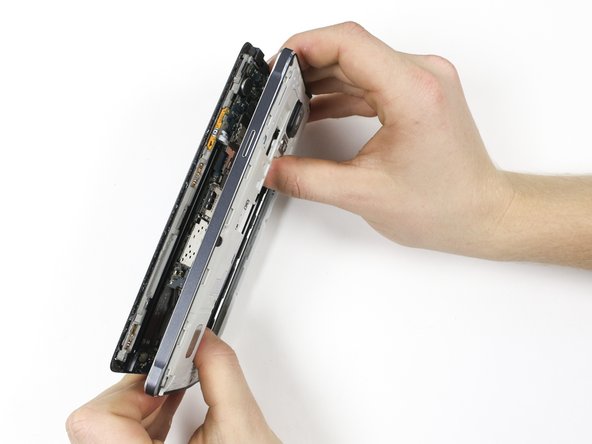 Use this guide to replace the midframe on your Samsung Galaxy Note 4.

I have attempted twice to remove the hear housing without breaking the LCD. And i have been working on phones for 12 years. It will break every time this should not be attempted unless the LCD is already bad.