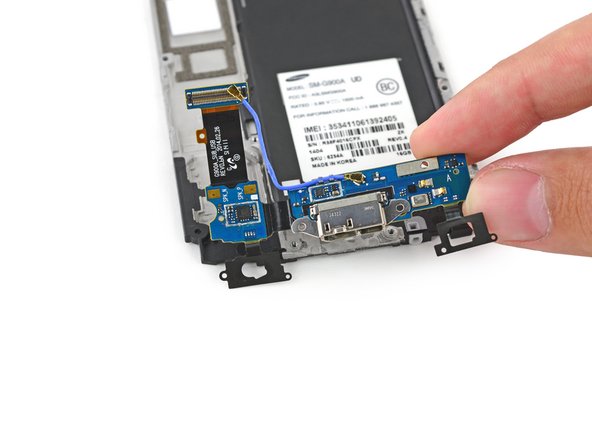 Use this guide to replace the Micro-USB port daughterboard.

If my reception is suddenly bad, could this part have a problem?

Since replacing the part I cannot register on the network, Wifi works, cellular says full signal but selected network unavailable. Sim works in another phone and another sim doesn't work in this phone.

Make sure you reatach the tiny connector that was taken off in step 28. That is crucial to reception and can easily fail to click into place. It seems very likely that that is the problem.

Adam, did you make sure you replaced with the exact same model?

This guide needs to be changed to Difficult. Removing the screen without breaking it will be challenging. If you are successful after that, the rest is easy.