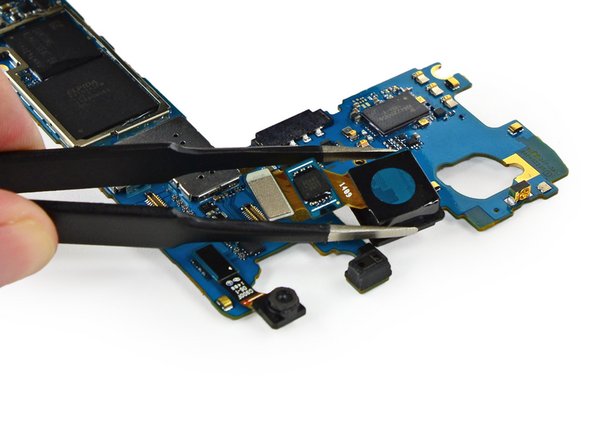 Use this guide to replace a faulty rear-facing camera.

has any one replaced the camera and now you get the warning camera filled and the led light fails each time you click the app?

did you ever figure out how to fix that, i have the same problem

Outstanding guide!! My rear facing camera got smashed in a bike accident (key in the same pocket as phone - dumb...) and the impact didn't totally disable it, but it lost the ability to properly focus at any but really close distances. This guide made the replacement process completely straightforward and if not "easy" at least a whole lot less daunting. Especially helpful were all the warnings and advice about dealing with the little itty bitty cables at the touch and home buttons at the bottom of the screen.

One item that I might add to this guide - I found it helpful to use multiple opening picks to keep the already cut adhesive around the edges of the display from re-sticking itself as I continued to slowly heat and cut and heat and cut. It's very tenacious adhesive and it really likes to cling back to itself, cool and re-solidify before you get done cutting it all.

Most importantly, after doing this repair, my phone is back to 100% with a perfectly working camera and all functions normal. YAY!!!

... and, here's the actual repair - https://youtu.be/Q2oj6zpJmTQ compressed to just under two minutes

I got a phone from someone and the camera was broken, so I replaced it. After that it still doesn't worked, so I wiped the cache, made a factory reset, etc, still nothing. Does this happened to someone else here? What else can affect the proper function of the camera?