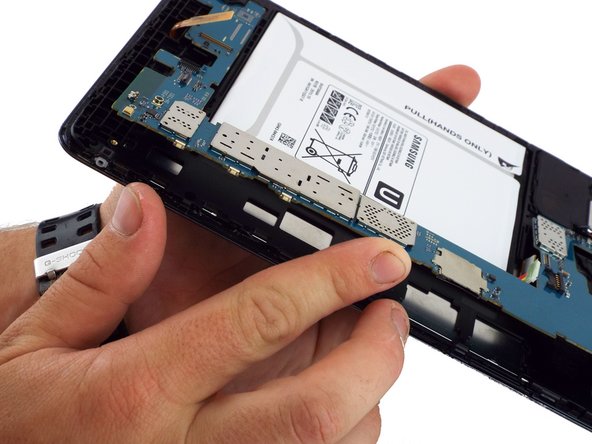 A damaged/broken or even corrupted motherboard can render an entire device useless. This guide highlights how to remove the back cover of the tablet in order to get to the motherboard as a means to replace it.

I have a tablet that has previously had its battery replaced and well pretty much the red text in step 3 happened would that small scratch cause it to not turn on at all and require a replacement motherboard?