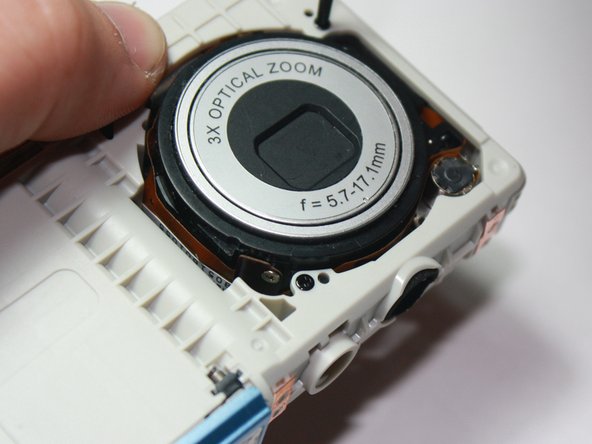 Steps on how to remove the lens. Removal of the LCD display and the outside case is required.