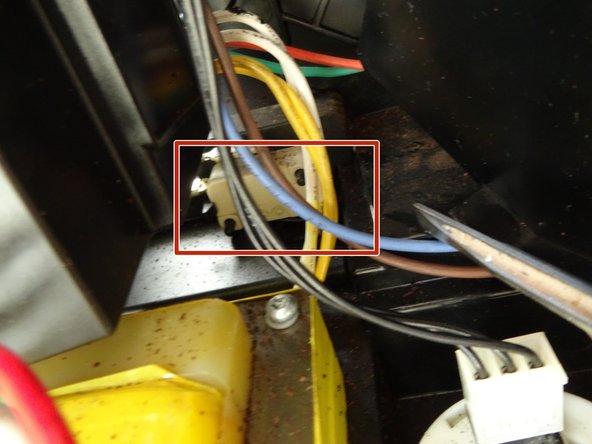 If this switch does not work properly, the machine will permanently indicate a missing drip tray. Replacing the Cherry D44X switch is quite simple.

Note: it is also possible that only the carrier plate of the microswitch is no longer properly engaged. Tilt the machine so that you can see the base plate. See if the carrier plate is clamped with two catches. If not, open the machine and press the switch firmly until it locks into place. It may have to be replaced.