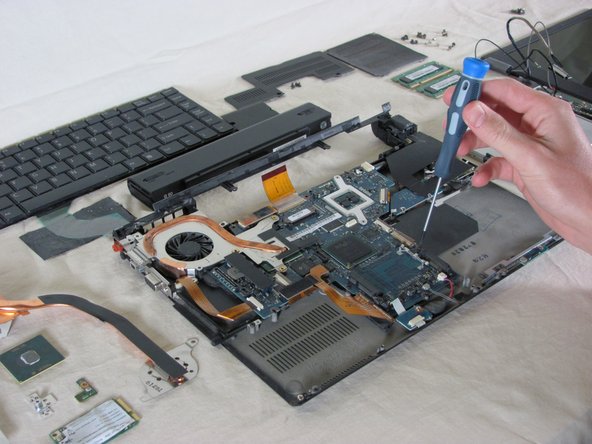 Use this guide to guide you in replacing your laptop's logic board (motherboard).

Keep out of reach of children and pets.

DO NOT attempt teardown or repair you device under the influence of drugs or alcohol.

DO NOT ingest any parts of the system.

Use the correct tools as stated in the tools section.

DO NOT touch any gold connectors on interior or exterior of the system.

Make sure system is unplugged and turned off before performing any maintenance on the system.