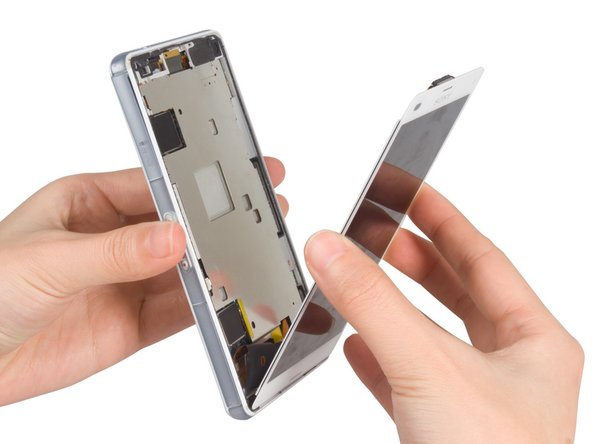 This video will show you all the steps and it is recommended you watch it before starting.

Note that this guide describes how to replace the LCD + touchscreen (digitizer) assembly.

A less common alternative repair is to replace LCD + touchscreen (digitizer) + midframe, which can sometimes be bought as a pre-assembled set.

Finally, it is also possible (but much, much harder) to replace the touchscreen part (digitizer) only while keeping a functioning LCD screen. The process requires specialised tools and is not covered here.

Be really careful placing the glue/sticker for the front cover to go back on, I had a small ruck underneath and it cracked my replacement screen, so annoyed! Other than that everything is pretty easy.

also to note is the earpiece speaker sits below the plane of the glass if you remove the existing adhesive on the earpiece. when pressing down the new glass in this area, it's soo easy to break your brand new replacement screen because of the depression. in my opinion, Xperia phones have an excessively fragile construction and very brittle, thin glass..

My screen was broken so unable to switch of phone so switched screen with power on.

When the screen was replaced everything seemed Ok but the digitizer/touch did not work so I thought I had zapped the screen.

I then disconnected - reconnected the battery and cold rebooted the phone and that got the digitizer working.

You magnificent responder!!! I totally panicked when everything worked except for the touch part of my screen, then I just detached and reattached the battery and now everything works perfectly. Thank you!