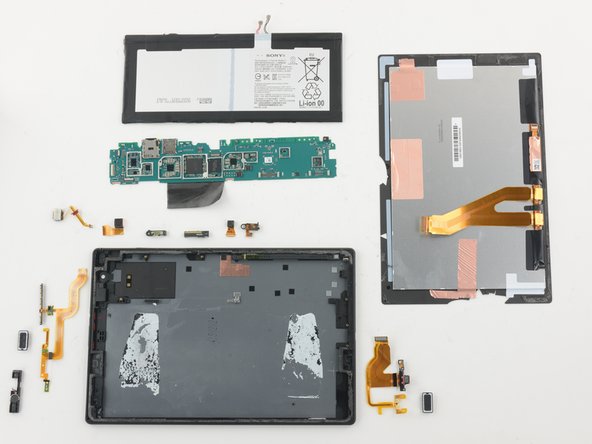 Although the Sony Xperia Z4 Tablet houses only Phillips screws, we had to break the difficult to remove display to find them. The fact that this tablet is difficult to open gets it a 5 out of 10 on our repairability scale.

Hello, at what temperature should I set up a hot air gun (Würth)? so I can disassemble the display without damaging it, thank you for the answer and the advice.

I’ve now in my possession, a few Mobile devices with Broken LCDs. I wonder if there simply is a way to connect an external monitor of some sort that would be a universal solution to the expensive and too commonly, lifecycle terminating problem of a cracked touchscreen.