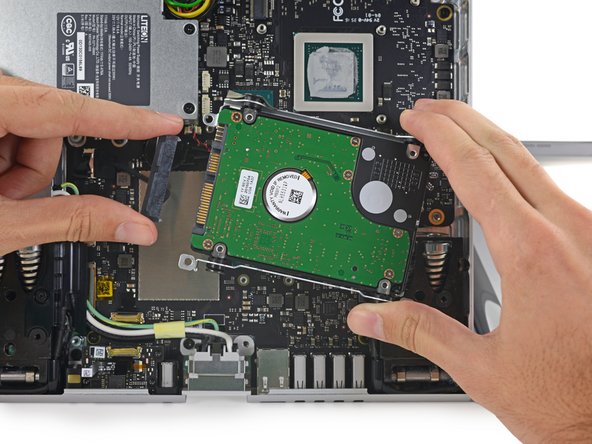 Do you want a bigger hard drive or a second SSD? Follow this guide to replace your hard drive.

Thank you for this step by step guide to replace the "Hard Drive" Here are a few measures that I took before drive replacement:

1) have to turn off drive encryption

3) Replaced the drive followed your instructions.

4) Turned ON the Surface Studio and success! no issues and better performance.

Does changing to a SSD drive cut down on the fan noise?

Does changing to a SSD drive cut down on the fan noise?

No, fan noise level does not change, the heat that is been produced comes mostly from the processor.

I upgraded to to a SATA SSD 2TB and a M.2 NVMe SSD 1TB and wrote my experience here: