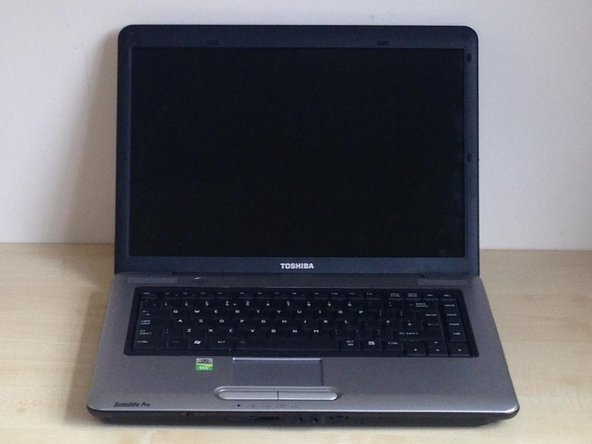 There are several variants of the A300 laptop so yours may not be identical in terms of the number and precise position of screws, but the principles will be very much the same. The one used to write this guide is model PSAJ1E.

You will need a small cross-head screwdriver and a prying tool (or a small flat screwdriver or a blunt knife).

In a dry atmosphere or if you find yourself picking up static from the carpet an antistatic wrist strap is highly recommended. At the very least you should frequently touch a radiator or water pipe or an earthed electrical appliance in order to discharge yourself.

Several different lengths of screws are used and it's important to put them back in the right place. You can use an egg box or a pill box and put screws of different lengths in different compartments, or to be really organised, stick the screws from each step to a piece of paper with Blu-tack and write the step number against each.