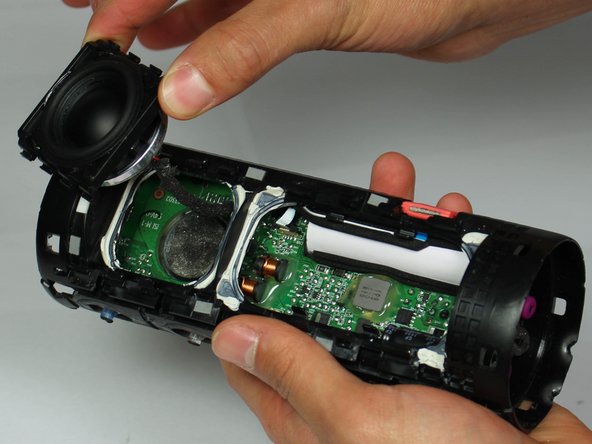 This guide will show how the speaker of the UE Boom 2 is removed. This is an extensive and intrusive process which removes most components of the speaker.

But the main question remains to me : where to get a new speaker as UE doen’t sell spare parts and I don’t find any replacement on internet … any help more than welcome …

did you managed to source a replacement speaker? im having the same problem

Still did not find replacement … what about you guys ?

Got the same problem, great sound but now they are blown out… cant find the replacement speakers……