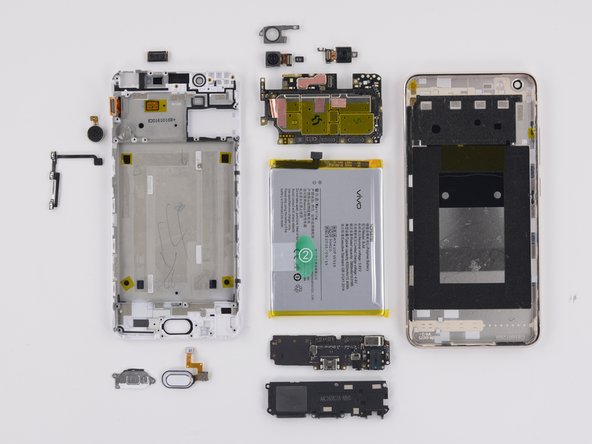 The Vivo X7 Plus is hard to open and has a single unit display, but is moderately repairable due to its accessible battery. The phone ultimately earns a 7 out of 10 on the repairability scale.