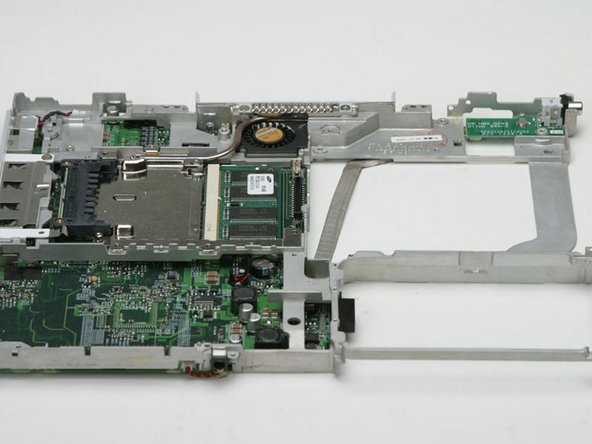 This motherboard includes all ports except the DC-In board.

Great instructions. I never took apart a computer before and I was able to complete the task and my ibook works great! Thank you! BTW- I am a woman and if I can do this so can others:-)