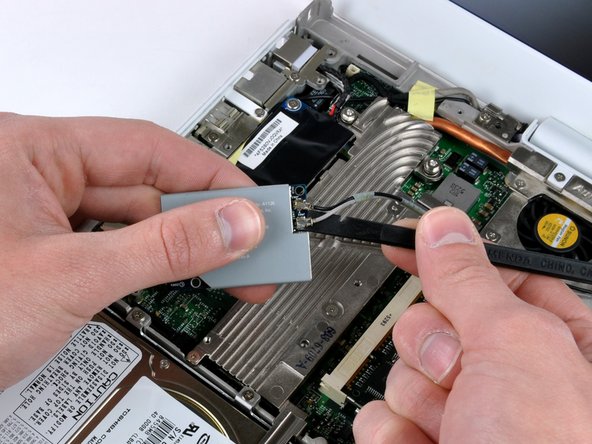 Install an AirPort/Bluetooth Board internally.

Oh the silent humanity. Sound still works from the audio out jack, but I'll add my voice to the "hold the jack down to the motherboard while you unplug the connector" chorus. You might even try carefully applying superglue to the jack to the motherboard BEFORE attempting to remove the little connector from the dainty, fragile jack.

I wouldn't have even attempted this procedure without Walter Galan's excellent iFixIt base walk-through. Thanks Walter!