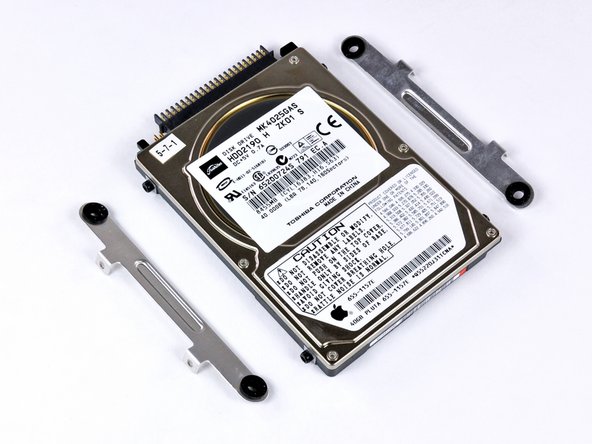 I did this not just for upgrade but because G4 had been out of service for over 12mths due to what I believed was a faulty logic board. Attempted re-installs of OS (when I found the disc) suggested HDD failure so I ordered a 160Gb replacement from ebay for £40 and have just replaced original 30Gb HDD with a 160Gb following these instructions - I have no previous experience in this type of work but now have a working lap top with fully installed OS up and running and all at a total saving of at least £827 based on new MacBook prices!!!

Be SURE to read the comments on the more difficult parts (removing connectors, etc). The comments expound on the care needed in these areas to avoid damaging your iBook. Good luck!

Next time I think I'll just use a crowbar or a drop saw to get the hard disk out for data recovery.

Hard disk is located in the front left hand side of the unit.

65+ screws of all shapes and sizes.

I completely agree with joshAU. This design is the worst hardware I’ve ever had the displeasure of having to deal with.

it took me maybe 40 minutes to disassemble but i just wanted to pull the hard drive out before recycling... i was ruthless in my efforts. mission accomplished!