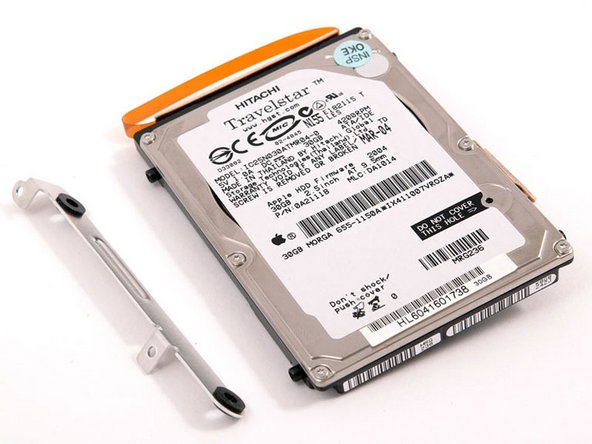 There are 3 screws under the CD drive that you need to take out.

Wow! I just needed to remove the functioning hard drive from a 2003 iBook (not sure which model). We hadn't used it in a few years because the screen was shot and I suspect the motherboard was on its way out. These instructions were close enough for this slightly different model. What a pain and I am so glad I didn't need to put the thing back together! Thanks a bunch, iFixIt, because I don't think I could have figured it out without this guide.

Thanks for the guide. I had to use this a few years back to replace a hard drive. It was a challenge, took a couple hours, but go slow and steady and be patien. The guide was perfect. I would suggest printing the screw guide, sticking double sided tape over the screw diagrams, and placing your screws on there as you disassemble. This make reassembly a ton easier. Trickiest part for me was actually removing the lower case. Don't forget step 16 and go slowly.

Wow! Just followed this guide to remove a drive from an old machine before disposing of it. Glad I don't have to put it back together again and hope it still works! It should not be this difficult to take a HD out!! Thanks for the guide, would have been almost impossible without it :)

I bought an old iBook G4 for a few coins because I was curious. This is my first Mac experience. If it wasn’t here on my desk, I would not believe it. On an ordinary notebook you need 3 screws for a drive replacement (max), this has 42 steps and one of the steps alone has 15 screws. Guess what is wrong with the iBook I got? The hard drive and the optical drive :) No problem, I have spare hard drives… This walkthrough is a must have for me.