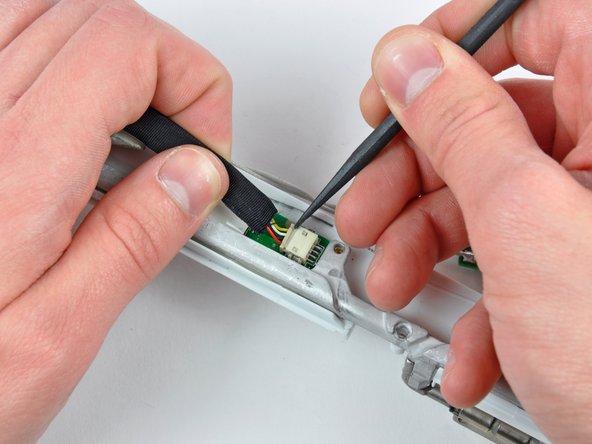 Use this guide to replace the Inverter/AirPort cables in your iBook G4 14" 1.42 GHz.

Somehow the pdf’s here have been messed with. The quality of the photography leaves much to be desired. I have been using iFixit for a decade and my older pdf’s are of superior quality, easy to follow. The photographer doesn’t seem to understand this isn’t about showing wide shots all the time but rather close-ups to help us understand the process. I am very perplexed at why the “if it ain’t broke don’t fix it” logic did not apply here.

Some of my older pdf’s even have parts layout sheets to be printed and used during the work.

Are any of the older pdf’s available?

A good example is step 38. Why do we have to see half of a man’s arm instead of a closeup on the inverter cable?? Do you get it? A part smaller then the size of a dime and we must look at huge hands and wide shots of unnecessary acreage of the computer??? Like in 41-43. I’ve never been so concerned at using iFixit as I am today. I just ordered an inverter cable off ebay to help with my screen going black after 30 seconds of being on and now I am wondering if I am going to be able to do it?? :-(

Found the screw guide pdf on another guide.