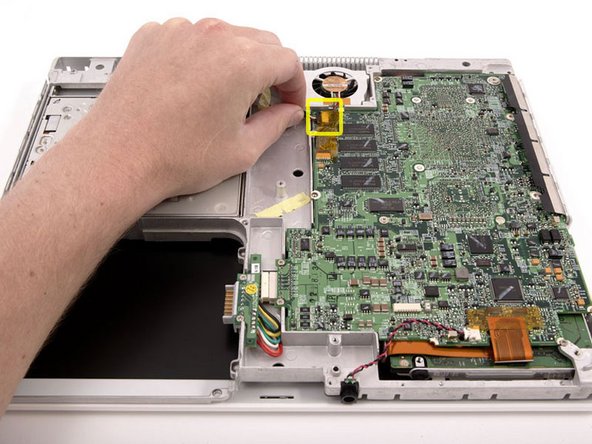 Change out the entire display assembly, including the inverter, Airport antenna, hinges and plastic casing.

I call this the “You Gotta Be Kidding Me” Era of Mac repair. The Flat Panel iMac, the iBooks… good times. If I actually get the iBook G4 running I will be most happy to update this comment.