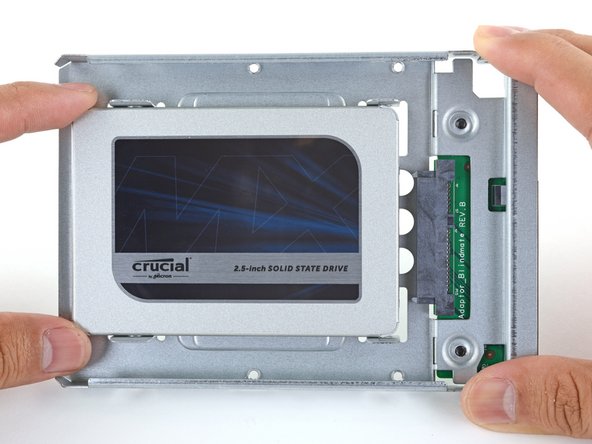 Follow this guide to upgrade your iMac's hard drive with an SSD using an updated 2.5” to 3.5” metal enclosure. The guide includes steps to install the temperature sensor so that the Mac's fans will operate at the correct speed.

This is a prerequisite only guide and should not be used alone. This guide is a part of the iMac HDD replacement guides.