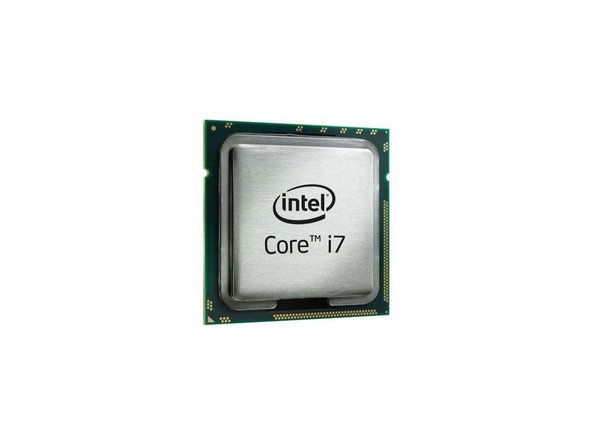 I noticed my iMac being slow. I thought it was just me? You know, after a few iterations of upgrading operating systems etc. Things slow down. That's just what happens. So I put clean-installed SSD in it. I done that previously for my aging MacBook Pro with fantastic results. To my dismay my iMac still felt slow. So I looked around for a benchmarking utility to quantify this feeling I had. I found geekbench 3. That software confirmed that my iMac was running way slower than it should - less than half the speed you'd expect.

Bad luck. I did read on blogs some conjecture about weather the processor was socketed or not. It turned out it was socketed, which made it very easy to replace. All I was doing was replacing like-for-like processor. I wasn't trying to upgrade or anything. As you can see from the benchmarks even replacing like-for-like can be advantageous. (also inexpensive because these are not new processors now!)

Perhaps replacing your old processor with a fresh one of the same sort will improve things? It's worth a try if you got this far? It certainly worked for me. It's not fast by modern standards, but totally useable for a 7 year old machine is pretty good I think... Certainly never happened when I had windows machines!

I have the same computer with Core 2 Duo 3,06 ghz and I’m considering CPU upgrade to Intel i7 processor.

I was wondering if a replacement could bring VT-X EPT capabilities, or that is not possible because of the lack of firmware support. My replacement i7 http://ark.intel.com/products/41315/Inte... does support EPT, and still I cannot use it with let's say Dockler for Mac. Any ideas how to fix that?