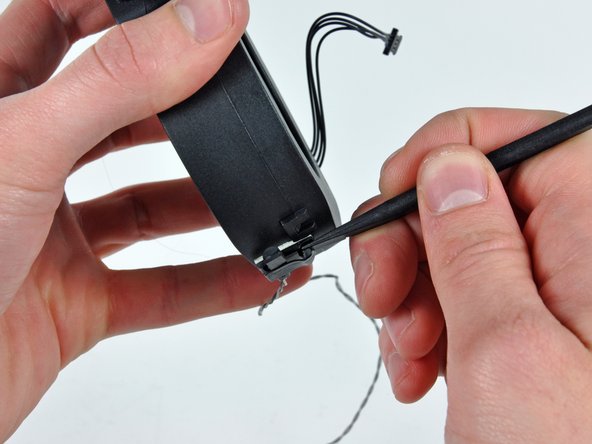 My iMac’s fans are running constantly, even at idle. I believe the temperatures that are being reported in iStatMenus are inaccurate.

I ran Apple Diagnostics test and received this error:

This error apparently means the ambient air sensor in my 2011 iMac is bad.

Would removing the ambient air sensor as shown in this guide prevent the fans from spinning so fast all the time?

Look for a tool named “Mac Fan Control”, with that you can control the fan speeds manually or define which fan listens to which sensor.

I (or better our employes) would go crazy without that tool, since the most macs (over 60) in our company had a sensor fail sooner or later.

(i still can’t understand why such expensive hardware has so crappy components build in, some evil people say it is on purpose…)

I had to take my mid-2011 iMac to replace the GPU. Now the CPU fan is always max out and Temp Monitor tells me my “Airflow 1” sensor is not connected. Which connector did I miss when re-assembling the mac? Where would I see this connector on the motherboard?