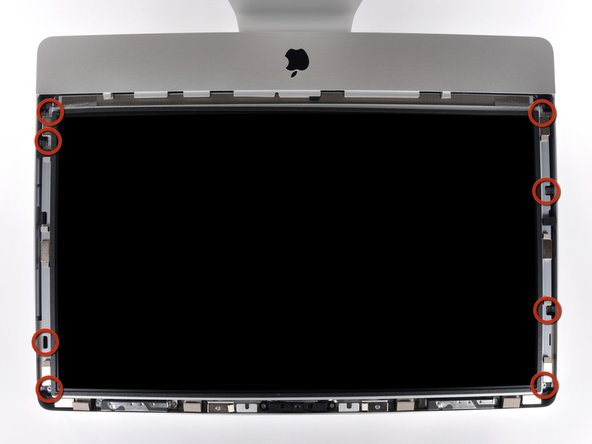 Remove the LCD to access most of your iMac's internals.

i have a problem with my pc.

when i turn on my computer couple i had lot of times the LCD turned off.

is the time to change it? The boot and the system runs ok... what's the problem?

good morning everyone. I have a problem with my iMac. unfortunately the screen starts to look with horizontal stripes. after verifying that it is not by the graphics card, I bought a led a different model and some connectors are different. He led riding my iMac is lm215wf3 (sl) (a1) and I bought by mistake lm215wf3 (sd) (a1). several problems. the temperature sensor input is different, and led backlightsync also is different.

Thanks for posting this guide. I had a bad display connection that caused my Mac display to go off (black) every now and then. Remote desktop showed Mac was fully functional, though. Removed the glass, removed the LCD as per this guide, cleaned all display connectors with WD40, mounted everything back and… voilà !