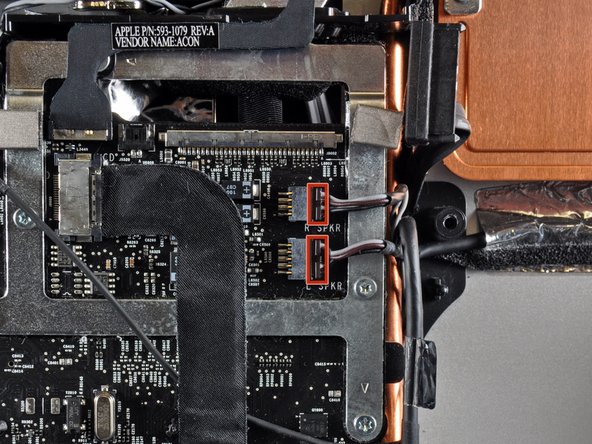 Hello! I used this guide to change thermal paste on the GPU and CPU. First time I ever did something relative to IT/repair in my life (I am 30 years old). The guide was very well constructed.

It didn’t fix my problem (shutting down when trying to boot up), so I will try to roast the GPU card in the oven for 200 Celsius for 9 minutes. But that’s not this guides’ fault. Last hope, wish me luck!

Alex, if you haven't already, I would not recommend roasting your GPU in the oven at 200 C. Generally speaking anything above 100 C is not great for computer components.

I'd be more than happy to try and work through the problem with you to figure out which component might be malfunctioning.

Also, which brand thermal paste did you use? Thermal paste is usually nonconductive so it shouldn't be shorting anything on your GPU, unless it's something like Thermal Grizzly's Conductonaut.

Imac 2009. 21.5, Out topic question. I have installed a new GPU ATA 4650, used one. The computer boot, I hear schim, dvd, the backight turn on, but nothing more. I reset pram, I had schim. I tried target mode, the hard drive mounted on a second computer, worked well well. I checked main video cable.